Associate Professor of the Department of Aerospace and Mechanical Engineering

The premise of the 1970s television drama “The Six Million Dollar Man” — in which an astronaut is “repaired” following a crash using bionic technology — seemed so far-fetched 40 years ago. And it wasn’t just the thought of Col. Steve Austin (portrayed by Lee Majors) running at 60 mph. The idea of foreign materials improving the function of a human body was stuff best suited to the realm of science fiction.

Yet only about 15 years after Col. Austin worked for the “Office of Scientific Intelligence,” a paper published in Science magazine simply titled “Tissue engineering” made science fiction seem … not as fictional.

“So I try to encourage my students always to pay attention to diversity and equality…to be role models to girls or students who are in need of such a model.”

“The idea was to use fabrication methods that can create materials that are biocompatible, meaning that it wouldn’t cause any adverse effects if you put them into the body of an individual,” says Pinar Zorlutuna, an associate professor of aerospace and mechanical engineering. “You could combine it with cells that you can harvest from that particular individual to create parts of tissues or organs in the lab that can be later implanted back into the patient, depending on the need.”

From its introduction in the 1990s, the field of tissue engineering has emerged to offer new insights and potential solutions to pressing medical problems. Most who work in the field foresee a future in which tissue engineering yields a sort of off-the-shelf existence for viable fabricated human tissue, but in the meantime studies are focusing on deeper understanding of diseases and medical challenges, using engineered tissue instead of animal models or other test subjects. Zorlutuna’s lab specializes in creating biomimetic environments (those that mimic natural biochemical processes) using tissue engineering and micro- and nanotechnology, and is working to improve outcomes in breast cancer diagnoses and heart transplants, among other applications.

In the case of the breast cancer study, Zorlutuna didn’t need to look far for collaborators. Partnering with Harper Cancer Research Institute, Zorlutuna’s lab was able to design a study that explored how fat cells in breast tissue played a role in the progress of cancer. The study found that in stiffer breast tissue, cancer cells spread by manipulating what might be called “pre-fat” cells.

“That’s an observation we were able to make because we had this disease model outside of the animal tissue or human tissue where we can play around with these parameters one by one,” Zorlutuna says. “So we can change the stiffness of the surrounding tissue, we could change the type of the cell, whether it is a fully fat cell or pre-fat cell, and we can play with the densities of these cells and look into all sorts of interesting biological questions by making use of these engineered disease models.”

One of the benefits of experiments like Zorlutuna’s is a better understanding of the effectiveness of potential cancer treatments. Many drugs perform well in animal trials, but clinical trials yield only about a 10 percent success rate. A tissue-engineered study in parallel with animal trials and/or before clinical trials may be able to troubleshoot medications sooner, saving time in bringing drugs to market.

Saving time — or more accurately, expanding a window of time — is a driving force in another study, this one in the area of heart transplants. Today a human heart being used for a transplant travels in a solution to keep the tissue viable. But teams have to work fast: The solution will only keep the heart viable for approximately four hours. Research into expanding that timeframe has been slow, for the obvious reason that viable hearts in a transplant situation must be used for their intended purpose. 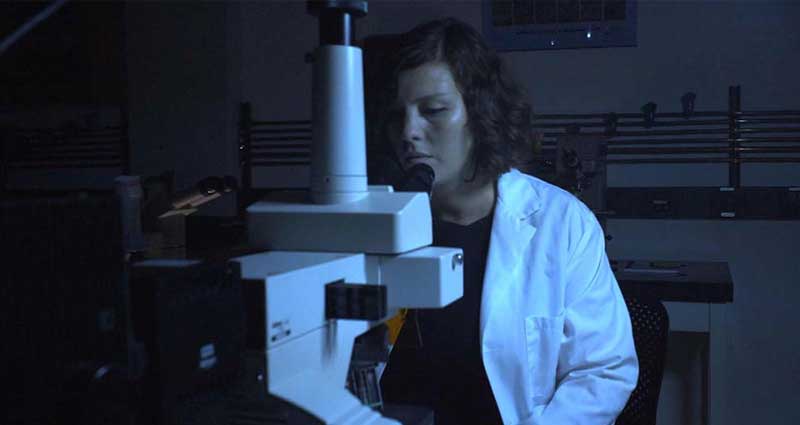 Fighting for the Human Heart

Pinar Zorlutuna, Associate Professor in the College of Engineering and affiliated member of the Center for Stem Cells and Regenerative Medicine, works to extend the time donated hearts remain usable through cutting-edge cellular research.

Enter tissue engineering. Zorlutuna’s lab created a model of heart tissue using induced pluripotent stem cells, using it to test variations of the travel solution and finding a way to effectively double the time a heart can remain viable outside the body. Zorlutuna stresses the initial findings need more testing, but already it’s an instance of tissue engineering aiding in answering medical questions.

Her work on the human heart may have been foreshadowed at an early age. Zorlutuna grew up the daughter of a heart surgeon in her native Turkey, and in a family of academics moreover, which helped to nurture a natural curiosity, she says. It’s a trait that’s served her well in approaching medical professionals and fellow faculty members about designing projects.

“What I do is very interdisciplinary,” she says. “You need to have clinicians, biologists, different types of engineers. In my research group I have all sorts of engineers and basic science researchers working together. And I also have collaborators from all those fields too, inevitably, because it is a very complicated thing we are trying to create here not only one discipline can address.”

Which is to say, Zorlutuna’s work is something of an embodiment of the 2019 International Women’s Day motto: “Think equal, build smart, innovate for change.” The smart innovation of tissue engineering is apparent. As for equality, it’s a hallmark of Zorlutuna’s lab.

“So I try to encourage my students always to pay attention to diversity and equality. And we also support workshops around campus where we give talks or do demonstrations for events where middle school students attend, to be role models to girls or students who are in need of such a model.”

They needn’t look further than Zorlutuna, a mother of two young children (the youngest is 9 months old) who makes it a point to discuss her family in presentations or lectures. It makes an impression on female students in particular. Last year Zorlutuna graduated her first Ph.D. student, who made a point of mentioning Zorlutuna as an inspiration during her dissertation defense.

“That was wonderful to hear,” Zorlutuna says. “I’m trying my best, but it’s not easy to balance family and work, especially for female tenure-track faculty.”

“I always make it a point to talk about my kids deliberately in my presentations or in the classroom, so that the female students watching won’t think that in order to become a professor in engineering you need to give up your family life, which is not the case at all. It is hard but manageable.”